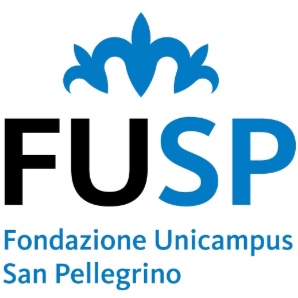 Fondazione Unicampus San Pellegrino works internationally in the field of translation research and international communication and it deals with high-quality language training.
The Foundation is the headquarters of the Nida School of Translation Studies (NSTS) and the Nida School of Bible Translation (NSBT), Summer Schools reserved to translators and translation theorists.
Since 2012 it has been publishing the half-yearly scientific journal Translation.
Together with the New York University Center for Applied Liberal Arts and the Nida Institute, it promotes the Translation Theory Conference, which is held every Autumn in New York.
The high-quality language training is represented by the High Schools for Linguistic Mediators in Misano Adriatico, Vicenza, Belluno and Ceglie Messapica.
The activity for improvement in publishing translation is included in the Department for Translation and Publishing, where the historic course of Translating Literature operates.  This has been training professional translators for the publishing market for over twenty years about specific themes of translation and the brief course Translating Children’s Literature are also in operation. Furthermore, every year the Department organizes the Days of Literary Translation, handled by Stefano Arduini and Carmignani.  This is comprised of three days of meetings with publishing professionals, writers, translation scholars and translators. This event, which started in the university town of Urbino, recently changed its headquarters in Autumn 2017 (after fourteen editions), moving to Rome in Casale San Pio V.
is one of the initiators of the European project Petra-E, which worked from 2014 to 2016 on the definition of a common framework of reference for teaching and training publishing translators. The international network is formed by Fondazione Unicampus San Pellegrino, University of Utrecht, Catholic University of Leuven, Nederlandse Taalunie Institute, University of Budapest, British Centre for Literary Translation of the University of East Anglia, Deutscher Übersetzerfonds and Conseil Européen des de Traducteurs Littéraires.
Utilising the experience of Petra-E, the European School of Literary Translation (ESLT) was started in Rome, founded in 2017 by Fondazione Unicampus San Pellegrino, British Centre for Literary Translation, Centre of Expertise for Literary Translation (Flanders/Netherlands). ESLT trains lecturers of literary translation according to the framework developed by Petra-E.
The Foundation also includes San Pelligrino Private High School for Languages, with forty years experience in the language teaching field.

President
Board of Directors
Scientific Committee

Emilia Guarnieri, president of the Foundation Meeting for the friendship among peoples